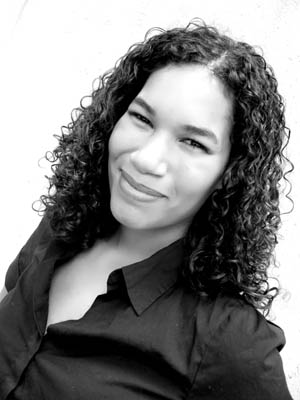 Cecille began her studies on the violin with her mother, Paula Sokol Elliott, at age five.  Shifting her focus to viola at age twelve, she continued studying with her mother as well as briefly with Yizhak Schotten, Professor of Viola at the University of Michigan in Ann Arbor.  She played for six years in Michigan Youth Symphony Orchestra on violin and viola under the direction of her father, Anthony Elliott, and three years as principle viola of Ann Arbor Pioneer High School’s Grammy-winning Symphony Orchestra.  Growing up, practicing scales and reading chamber music with family members was a regular occurrence in her house.  She and her family toured Kodiak, Alaska performing repertoire that included the complete Barber and Ravel String Quartets.  She enjoys many different music styles and genres and continues playing viola and violin in various performance settings including the Trans-Siberian Orchestra with whom she has played in the pit orchestra on several tour stops around Michigan since December of 2010.  Most recently she is playing viola as a guest performer with the Chelsea Chamber Players.

Cecille decided to study voice upon attending Western Michigan University in Kalamazoo.  During her time there she performed in the university’s classical and jazz choruses including three years with the internationally acclaimed vocal jazz ensemble Gold Company winning two DownBeat awards as a member of both Gold Company and the Gold Company Sextet.  She performed in venues across the country including Jazz at Lincoln Center in New York City, and at the National Inventors Hall of Fame Induction Ceremony once in San Francisco, California and again later in Washington D.C.  She performed alongside artists such as Kurt Elling, Janis Siegel, Peter Eldridge, Roger Treece, Mark Murphy, and Johnny Rodgers.  In 2009, Cecille performed on The Oprah Winfrey Show as a backup vocalist for Charice Pempengco and David Foster.  In 2010 she took part in a performance with Gold Company at Kalamazoo Central's High School graduation ceremony of which President Barack Obama was the guest speaker.

Cecille graduated with a Bachelor of Arts in Music from Western Michigan University.