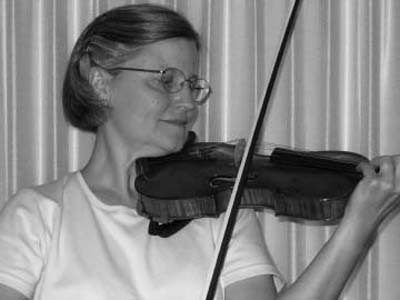 Barbara studied with artist-teacher Berl Senofsky at the Peabody Conservatory in Baltimore, and with members of the LaSalle Quartet at the College-Conservatory of Music in Cincinnati where she earned her Doctor of Musical Arts degree.  She was an Associate Professor at Eastern Illinois University from 1982 until 1991, where she was a member of the Eastern Trio and Sinfonia da Camera.

Dr Sturgis-Everett has lived in Ann Arbor, MI since 1989, where she is Principal Second Violin in the Ann Arbor Symphony, and teaches privately.  She has taught at Interlochen Arts Camp since 1990.