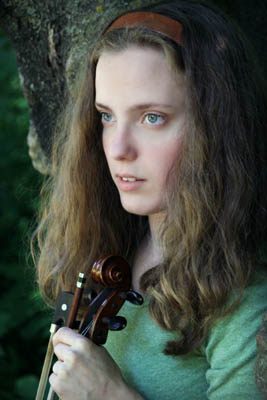 Emily has been active in both the music and theater scenes in Ann Arbor and throughout Michigan for over a decade.  Her theater roles include the Fiddler in the Encore Theatre’s production of Fiddler on the Roof, the violinist in Performance Network Theatre’s production of The Glass Menagerie, a musician and ensemble member for three productions of Shakespeare in the Arb, and Dogberry in Blackbird Theatre’s Much Ado About Nothing.

She studied violin for ten years with Anne Ogren and Gabe Bolkosky, and has long been playing and singing folk, jazz, and classical music with her dad and uncle, the duo Gemini, and more recently with her band San, Emily and Jacob.  Emily is a sophomore at Eastern Michigan University studying German, Arts Management and Musical Theater.