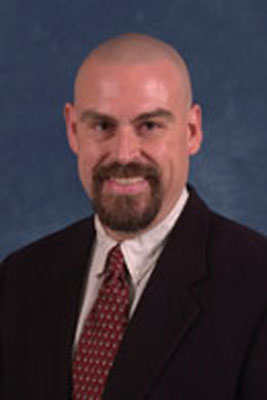 Gregory H. Wakefield (tenor) completed his junior year in Vocal Performance at the University of Michigan, where he is also an Associate Professor of Electrical Engineering and Computer Science with joint appointments in Otolaryngology and Performing Arts Technology.  An active musician and actor throughout high-school and early college, Gregory has returned to his studies (at long last) as part of his own research program at the University on the acoustics, perception, and production of the singing voice.  His recent performance credits include world premiers of two one-act operas, vidGod by Stephen Rush and www.love by Kevin March, UM MUSKET’s Fall 2002 production of Easton’s Titanic!, the UM Fall 2003 production of Puccini’s Gianni Schicchi, and Ann Arbor Comic Opera Guild's Spring 2004 production of Strauss' Die Fledermaus.

Gregory has also appeared, along with his family, in a number of musical theater productions at St Andrew's Episcopal Church in Ann Arbor, and he has performed as a soloist in several musical offerings in the area, including his September 2002 concert with the Chelsea Chamber Players.