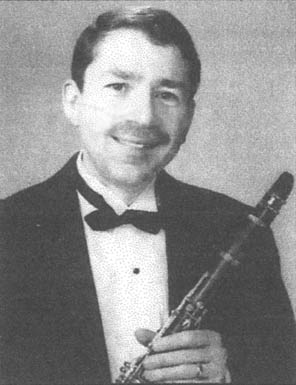 A native of Minnesota, Keith Dwyer has been making music in Michigan for more than 20 years.  He graduated with honors from the Interlochen Arts Academy, and attended the University of Minnesota’s High School Musicians Project as well as the Aspen Summer Music Festival.

At Indiana University he studied clarinet with Earl Bates, played in many orchestras, and during the summers of 1975 to 1977 toured with the American Wind Symphony.  He received a Performer’s Certificate, and graduated with high distinction in 1978.  He then came to the University of Michigan to study with David Shifrin.

Keith has played with many professional ensembles in Michigan and Ohio, including the Ann Arbor Chamber Orchestra, the Saginaw Symphony and the Toledo Symphony.  He made more than a dozen recordings as assistant concert master of the Detroit Concert Band.  He has also performed with the Detroit Symphony, and has been Principal Clarinettist of the Flint Symphony Orchestra since 1982.

With a long-standing involvement in church music, serving as tenor soloist, assistant conductor of youth and adult choirs, music director, organist and guitarist, Keith currently serves as director of music and performing arts at Shepherd of the Lakes Lutheran Church in Brighton.  He resides in Ypsilanti with his wife and two children.