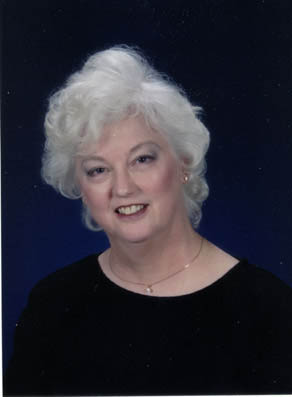 Martha Folts has presented recitals and workshops of 16th - 18th century keyboard repertoire throughout the midwest including Susquehana University, Selinsgrove, PA, John Carroll University, Cleveland, OH, Kenyon College, Gambier, OH, Ripon College, Ripon, WI, Augustana College, Rock Island, IL.  An Iowa tour included concerts at Iowa State University, Ames, Central College, Pella, IA, Drake University, Des Moines, IA, and the University of Iowa, Iowa City.  Additional recitals include the Lincoln Organ Showcase Series, Nebraska, and the Region VI convention of the American Guild of Organists where she gave harpsichord recitals on historic instruments at the Shrine to Music Museum in Vermillion, SD.  Ms Folts joined two colleagues in performances of J.S. Bach's concertos for multiple harpsichords (BWV 1061,1063 and 1064) in a concert at Eastern Michigan University for the Region V Convention of the American Guild of Organists in June, 1999.  As a member of the Midwest Historical Keyboard Society she has given lecture-recitals on Italian keyboard music and participated in performances of Bach's Well-Tempered Clavier.

Martha has taught on the faculties of Iowa state University in Ames and Miami University in Oxford, Ohio.  Moving to Michigan she completed the Doctor of Musical Arts Degree in harpsichord performance at the University of Michigan in April, 2000, studying with Edward Parmentier.  She presently teaches at Adrian College, Adrian, Michigan.

During the spring of 2002 she performed recitals in Dayton, Ohio, and in Ann Arbor featuring music for the organ, harpsichord and clavichord, and concerts in Detroit, and Ann Arbor with the ensemble "La Gente d'Orfeo", specializing in the performance of 17th-century Italian repertoire.  In October she returned to Iowa City, IA to perform a harpsichord recital sponsored by the Iowa City Early Keyboard Society and the University of Iowa School of Music.

Dr Folts has recorded for the Delos and Musical Heritage Society labels, and her recorded performances on both organ and harpsichord have been broadcast on WGUC-FM in Cincinnati and over Minnesota Public Radio.  She serves as Minister of Music at St Paul United Church of Christ in Chelsea, MI where she resides with her husband, Stephen, and feline companions, Chessie, Winston, and Amalia.