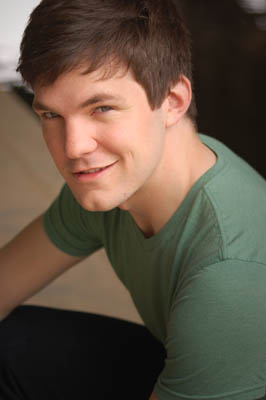 Sebastian Gerstner is a Theater Graduate from Michigan State University and is currently attending Oakland University in order to receive his Masters in Elementary Education.  He hopes to one day teach a 4th grade classroom filled with students with impressionable minds that will teach him as much as he teaches them.

He recently won the Wilde Award for Best Actor in a Musical for his performance as Patsy in Spamalot at The Encore Theater.  He was also nominated for Best Actor in a Comedy for the one man show Buyer and Cellar at Theater Nova.  Other recent credits include: Chesapeake (One man show) at Theater Nova, Venus in Fur (Thomas) at Performance Network, Into the Woods (Cinderella's Prince/Wolf) at The Encore Theater, Shipwrecked with Wild Swan Theater, and South Pacific at The Encore Theater.  He also has choreographed Spamalot and The 25th Annual Putnam County Spelling Bee at Community High School.

Sebastian can soon be seen in Irrational (a new musical) at Theater Nova which will be coming soon.  He is thrilled to be a part of this project with the Chelsea Chamber Players and to be working on a script written by Ann Brill, his 3rd and 4th grade teacher.  Ann Brill inspired Sebastian to be an actor, performer, and now a teacher and has truly shaped him into the person he is today.