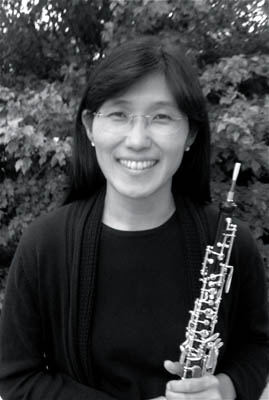 Oboe and English Horn player Yuki Harding is an active freelancer in Southeast Michigan, a member of the Ann Arbor Symphony Quintet and a commercial reed maker.  She has been performing most recently with the orchestras of Ann Arbor, Flint, Oakland, Toledo and Warren, and in the past with the Evansville, Indianapolis, Owensboro, Asheville, Brevard, and Greenville (SC) Symphony Orchestras.  She has given numerous solo recitals with her husband Christopher Harding and chamber music performances in concert and in area schools with the Ann Arbor Symphony Quintet and Mountain Chamber Players (NC).

Yuki began teaching in 1992 as an assistant at Northwestern University and has since taught privately in several states, also as an adjunct faculty member at Brevard College, conducted reed seminars in North Carolina and California, and toured the schools in Kentucky with the Madera Oboe Trio.  A native of Japan, Yuki began playing the oboe in the United States at age fourteen, continuing her studies at the Eastman School of Music with Richard Killmer and at Northwestern University with Ray Still.  She has maintained a thriving reed business for two decades with a national clientele.  She lives in Dexter, Michigan with her husband and four children.